The principals of Yucatán Country Club retained Active Living International to conduct a study and respond to a series of questions relative to determining the viability for an active adult retirement community to be developed in Merida, Mexico within the Yucatán Country Club.

Both macro and micro level research was performed to assess the active adult target market for this project. Data on the age cohorts used for this study came from sources using dissimilar parameters such as 50 to 64 and 55 to 64 years of age.

The goal was to define and describe the active adult that would consider a retirement or second home purchase in Merida and to identify what they would want and would pay for in choosing a second home or a retirement residence. Demographic information was studied to determine trends to be followed by more detailed research and the convening of focus groups to determine specific demographics and their viability.

•    There is a market for an active adult community for retirement and second home purchase.
•    Merida had all the amenities and infrastructure in place to support and satisfy the North American active adult.
•    The challenge, as proven in the study, had to do with the lack of awareness of Merida, Mexico.

Conclusions were reached that the Yucatán Country Club real estate development should be concentrated on Mexican buyers because of the cost of making North American buyers aware of a hitherto unknown destination. 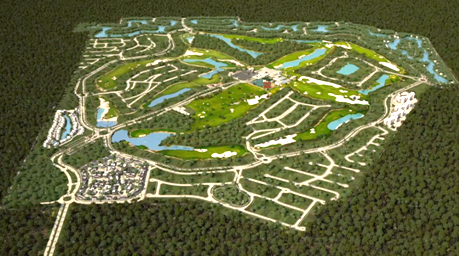